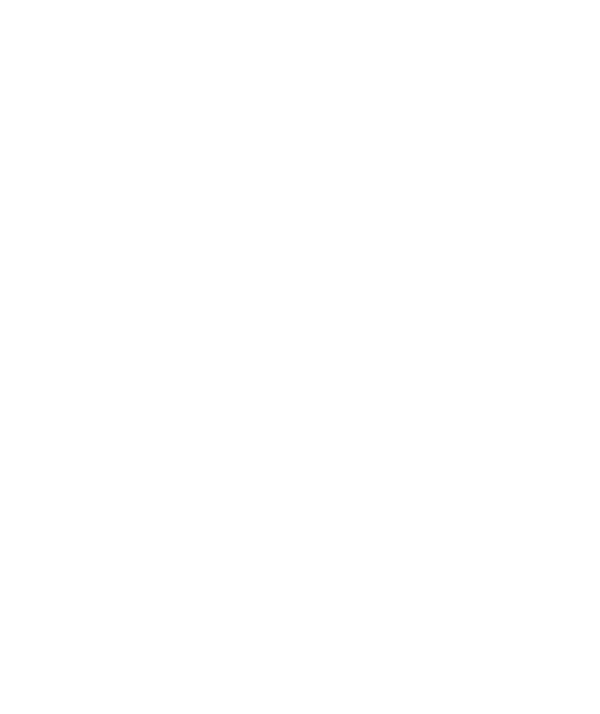 Synopsis
The Filmmakers
The Making 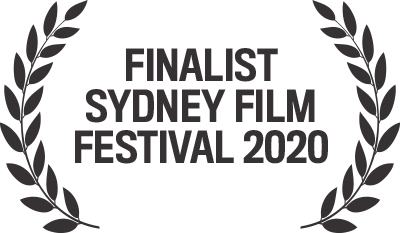 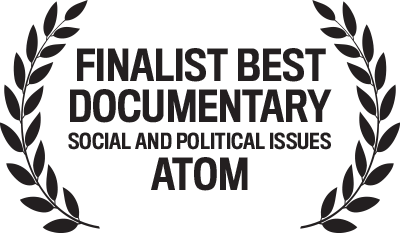 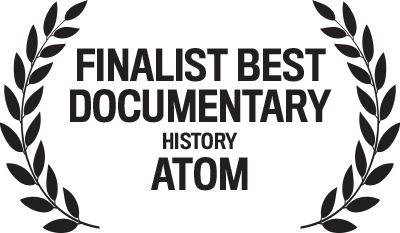 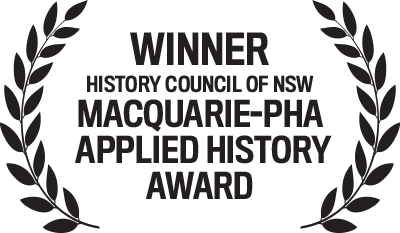 The inspirational campaign to win ‘jobs for women’

A rousing Australian documentary, many years in the making,  that follows a group of determined local women in their  14-year fight for the right to work in Wollongong’s steel industry.

Forty years ago, director Robynne Murphy, one of the leaders of Wollongong’s 1980-1994 Jobs for Women Campaign, joined hundreds of migrant/working class women to take  on  Australia’s most powerful  company BHP – and initially they seemed to have won. But when the 1983 steel slump devastated the city’s economy,  the women  were forced  into the courtroom and onto the streets to face a prolonged battle for equality.

Their struggle plays out against a background of societal changes: from the emergence of the women’s movement and anti-discrimination legislation to the  shifting roles of women in the  home  and in a largely migrant workforce. While showcasing Australia’s history of the steel industry, Women of Steel is above all a story of perseverance and comradeship told with emotion and humour.  It offers inspiration to those who seek justice and equality against seemingly impossible odds today. 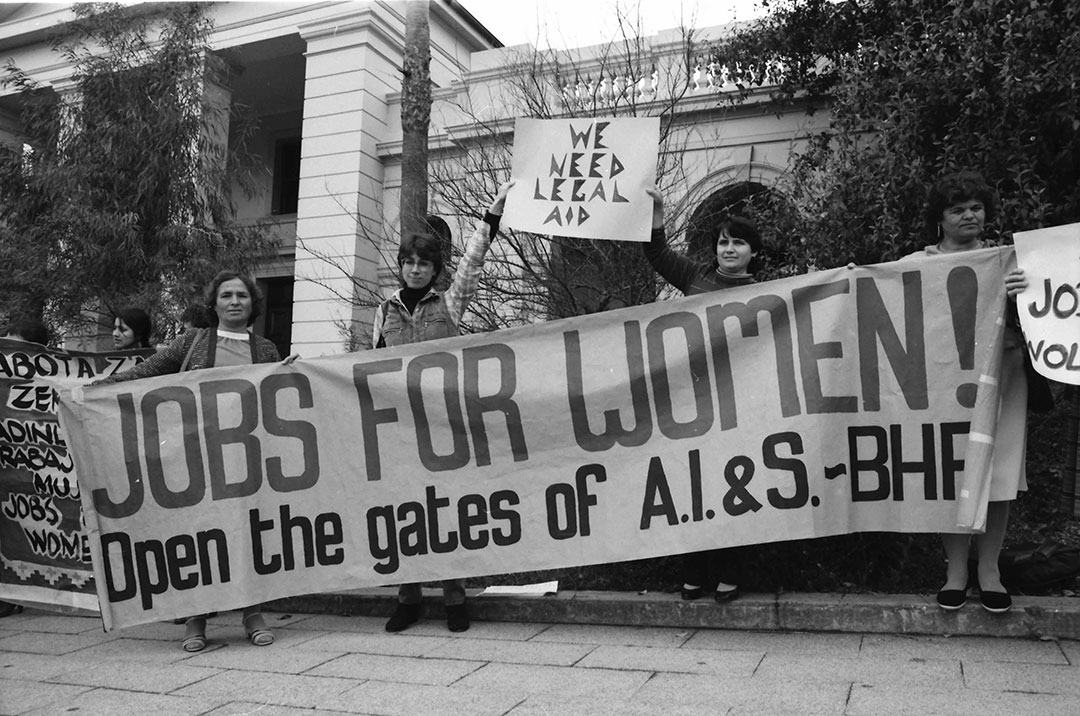 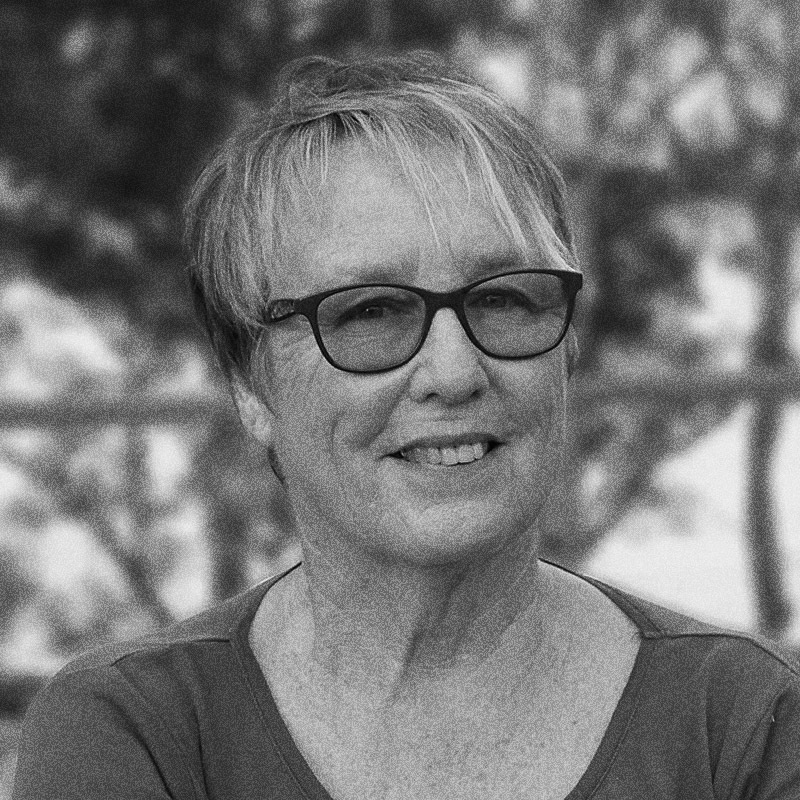 Robynne studied film at the Australian Film & Television School. But as her colleagues went on to make feature films, Robynne started making steel. A lifelong activist, she became a leader of the 1984 -1990 Jobs for Women campaign at the BHP-AI&S steelworks and, ultimately, a career steel worker. Among her positions at AI&S were welder, crane chaser, crane driver and operator of the hot strip mill. She also served as a union delegate. 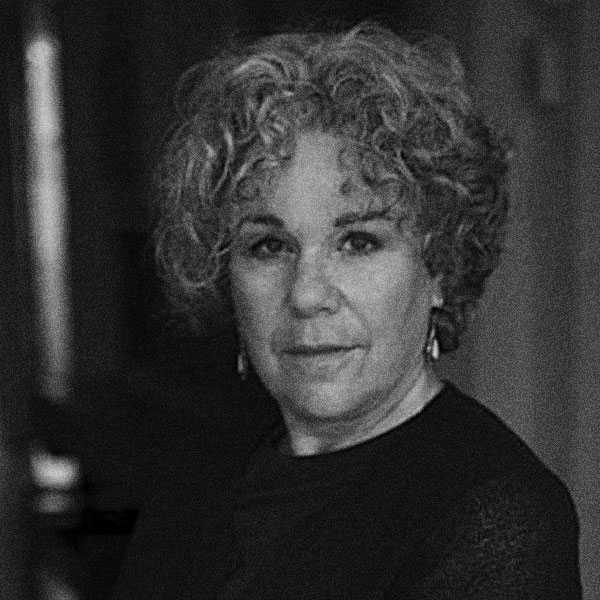 Martha is a veteran Australian filmmaker. She is best known for her films on women’s issues and her collaborative films with Aboriginal activists. She has been inaugurated into the Australian Cinematographer’s Society Hall of Fame, is a Life Member of the Australian Directors Guild, and a recipient of the prestigious Byron Kennedy Award from the Australian Film Institute. 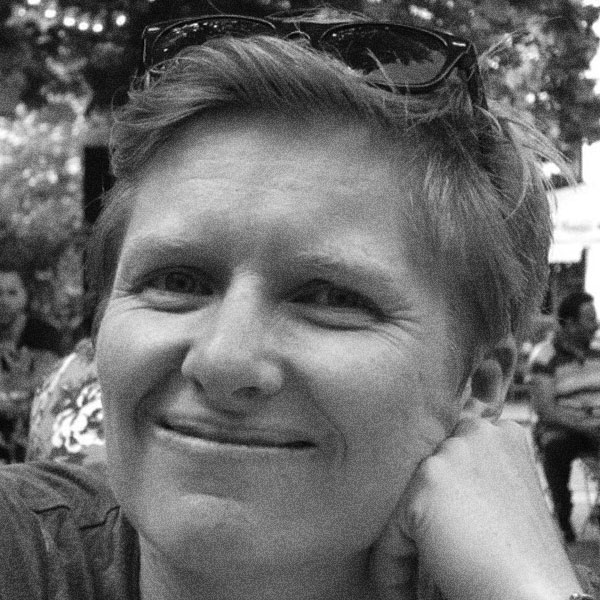 Rowena is a Wollongong-based editor, filmmaker and teacher. She has been the guest animator in residence at the Byron Writers Festival since 2016 and taught at the Sydney College of Art, AFTRS and the University of Wollongong. The creator of many animated films, her work has screened internationally. 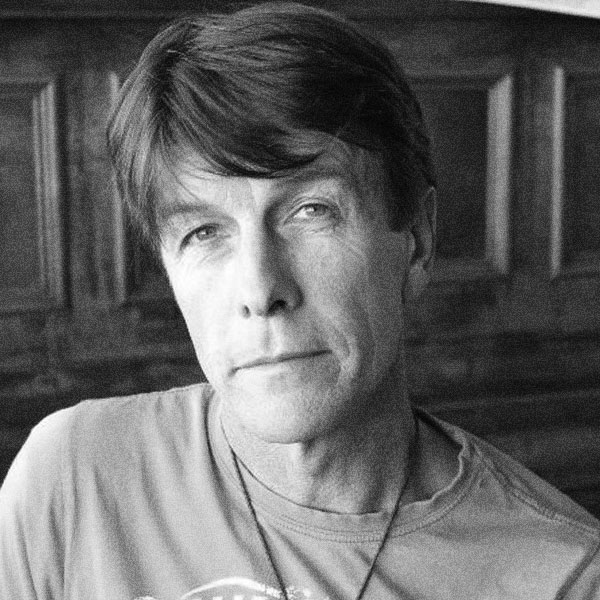 After graduating in Film and Television from the VCA, Phil started working with Big hART, collaborating with communities across Australia on projects included in major arts festivals in Adelaide, Melbourne and Tasmania. Establishing Beyond Empathy, Phil now produces/directs collaborative film works with the community, currently in Port Kembla where he lives. 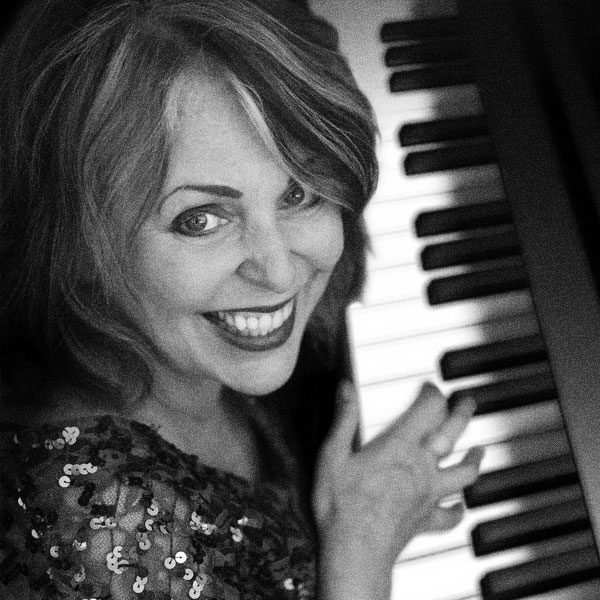 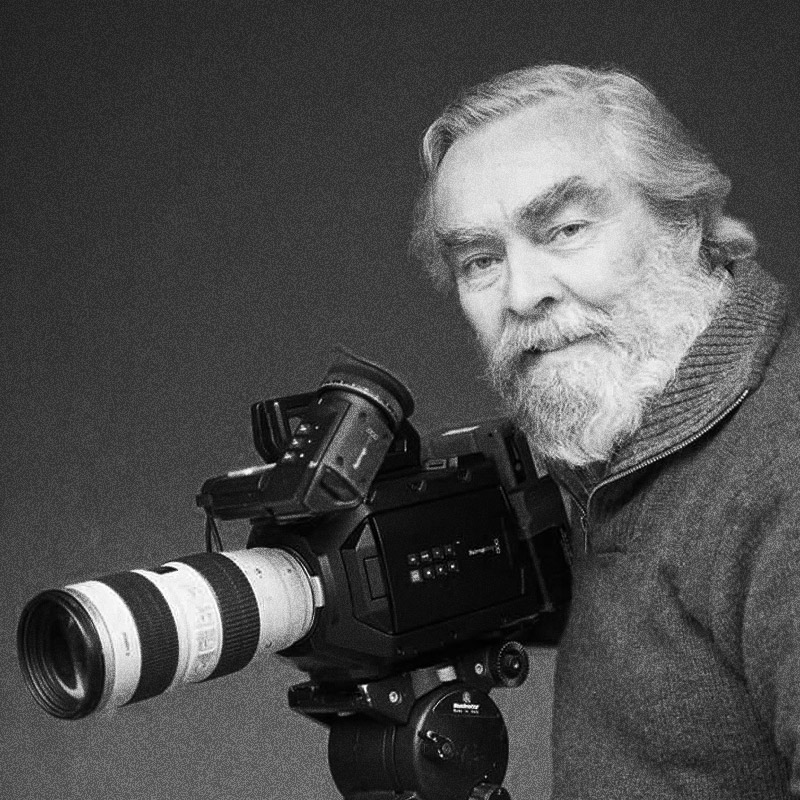 Michael Gissing (Digital City Studios) is based in Cygnet, Tasmania were he works on select interstate and local projects, while also making his own films. His specialty is post production with over 1000 documentary sound tracks mixed and colour grade and online of over 200 broadcast programs. His pioneer work in digital technology has earned him the unique honour of The Stanley Hawes Award for services to the documentary industry. 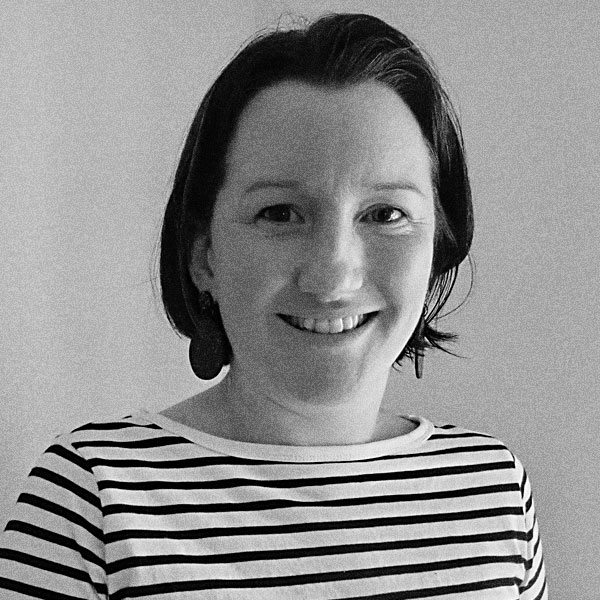 Melanie was a producer on Radical Wollongong (2014) and The Women Who Were Never There (2016). She is an environmental and feminist activist.

Don’t Stop Me Now written and performed by Mo’Ju

The making of the film

Thanks to you, this forgotten history is being told for the first time. We couldn’t have made this film without the support of many volunteers and more than 500 donors, including many trade unions. 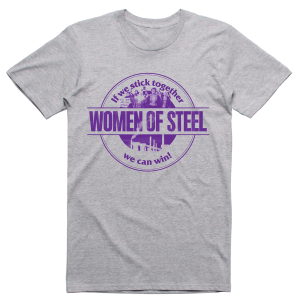 Get a Women of Steel T-shirt

Look good, pump steel and slay giants in one of our 100% cotton Tshirts. Made ethically in Australia by union members, all proceeds will go to broaden the educational outreach of the film.

Get your merchandise now